We are truly sorry. No really, this is the kind of news you have to be told gently with a soft voice and a shoulder to cry on, but we must tell all our fellow Texans that the Whataburger and Shiner beer collaboration is a no-go. Yes, just like the time IHOP told everyone it was changing name, the internet once again tricked beer enthusiasts into thinking Whatabeer was a thing.

The rumor mill started this weekend on the Texas Reddit page and included Whataburgers signature font, orange color and design. The ad, which looks like a legit advertisement, shares that "Your dreams have come true" with a photograph of a Shiner Whatabeer bottle standing proudly. Underneath the text shares that the beer is "coming soon to a Whataburger near you." 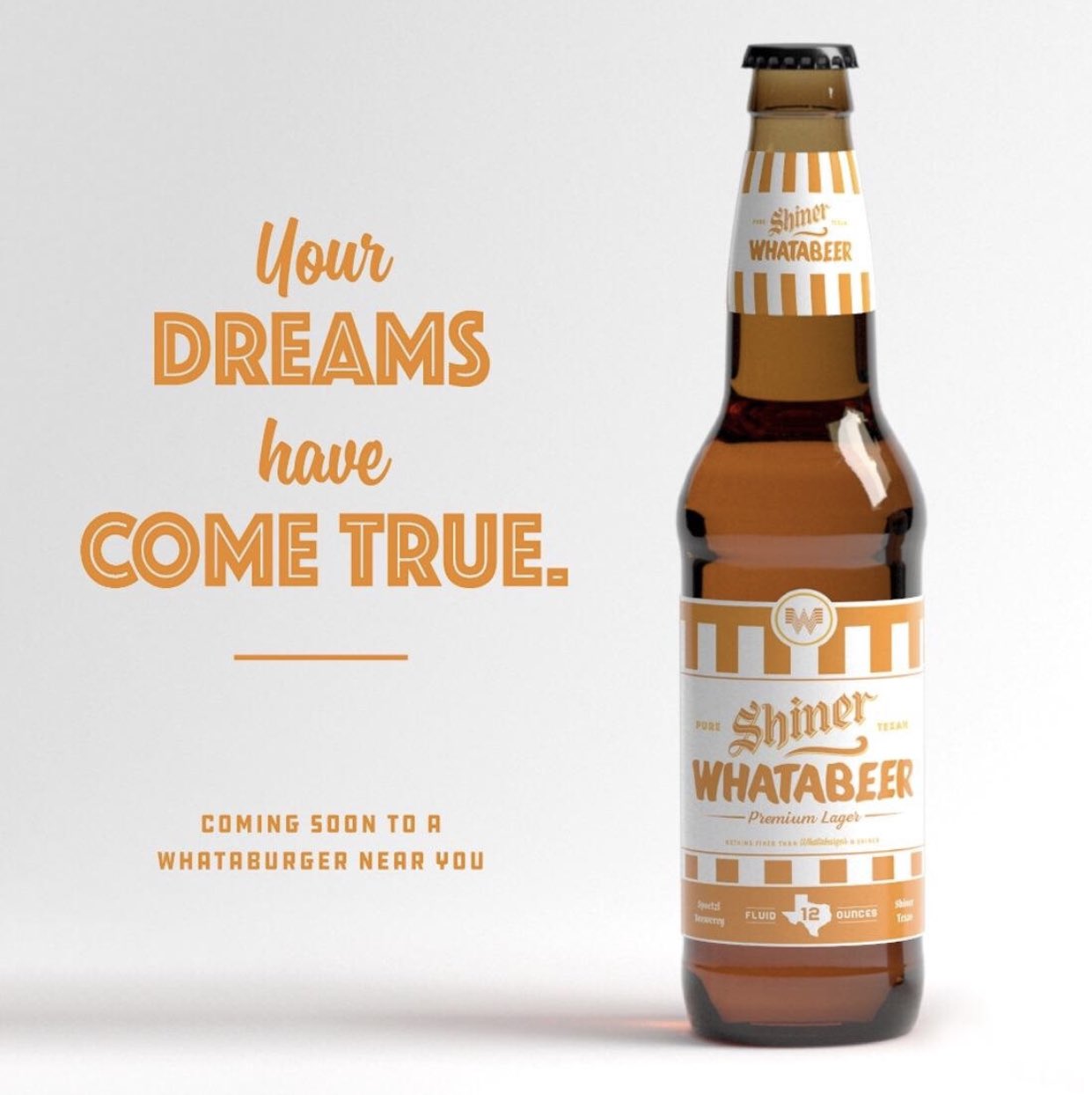 So of course fans took to social media to celebrate these beloved Texas-based brands. Alas, after the weekend a spokesperson for Shiner Beer told Chron.Com that there is, "no truth to the rumor that the two Texas powerhouses are collaborating on a beer." The same was said from Whataburger.

Although the beer is fake, it's still fun to see the design of the beer bottle and how effortlessly the two brands connect with the viral ad created by graphic designer, Mark Fallis, who based the art on work done by design firm, McGarrah Jesse. If you didn't know, the design firm handles both Whataburger and Shiner.

"I had never really attempted to try and make something viral," Fallis told Chron.com. "So instead of just creating the label, I figured why not make it a fake ad and post as anonymously as I could and make it look believable."

While there's no such beer (yet) we hope there will be a potential pairing in the future.