If you've ever taken a road trip through the great state of Texas, you've probably seen a sign or two advertising "the cleanest bathrooms around" by a friendly beaver in a red hat. From first glance at the billboards, it would seem to be an average gas station, however, once those rows and rows of gas pumps start to appear, it's clear to see that Buc-ee's is much more than a place to fill the tank and grab a snack. It's a Texas institution.

Named the world's largest gas station (the New Braunfels, TX location is over 68,000 square-feet) and known for its certified clean bathrooms, Buc-ee's is a place you don't just stop at but park the car and visit.

Back in 1982 Arch "Beaver" Aplin and Don Wasek decided to open the first Buc-ee's location in Lake Jackson, Texas, unaware of what the store and brand were going to become. It wasn't until 2001 that the company opened its first travel center, offering large amounts of gas pumps, car washes, and most importantly, clean restrooms. In 2012 Cintas named the New Braunfels, Texas store the "Best Restroom in America".

According to the U.S. Department of Transportation, Texans drive more than 55.7 billion miles on Texas interstates, making pit stops along the highway a welcome sight. It's no surprise that Buc-ee's lined themselves up at the entrance and exit of major cities.

With 32 locations throughout Texas (including stations near Houston, Fort Worth, and San Antonio), the brand has grown a large following, prompting merchandise like blankets and t-shirts to bumper stickers telling drivers to "Follow Me to Buc-ee's". One man even took on the challenge of visiting every Buc-ee's convenience store in the state.

Cody Esser of Austin, Texas, has always loved stopping at Buc-ee's whenever he found himself on the road. One day, he thought about the notion of making a road trip out of visiting every Buc-ee's in the state. "I do like to find unique things about a given area that I travel to," Cody, who also runs the travel blog Impulsive Traveler Guy shared, "and what is more Texas than the massive gas stations that are Buc-ee's?" A few days later he was on the road with a mapped out plan and a camera.

Mapped out the trip takes 1,600 miles to visit every Buc-ee's in the Lone Star State. Thankfully all of the locations are based relatively close to each other. According to Cody, the trip took three days to complete, although it did have some bits of trouble. The weather was less than desirable (driving in the rain is never fun) and his credit card company thought something sketchy was happening when all these Buc-ee's charges kept coming through. He had made a point to buy an item at every single Buc-ee's, so by the second day, his bank started to get concerned why there were so many Buc-ee's charges.

While Cody did share that the trip itself got a bit repetitive, he commented that it felt that way simply because Buc-ee's holds true to its brand. The restrooms were always clean and the workers were always cleaning or helping customers. Everything ran like a well-oiled machine. When asked which location was his favorite Cody shared, "Any one along the way. Buc-ee's does a really good job of being consistent among their brand so the experience is the same at any Buc-ee's." 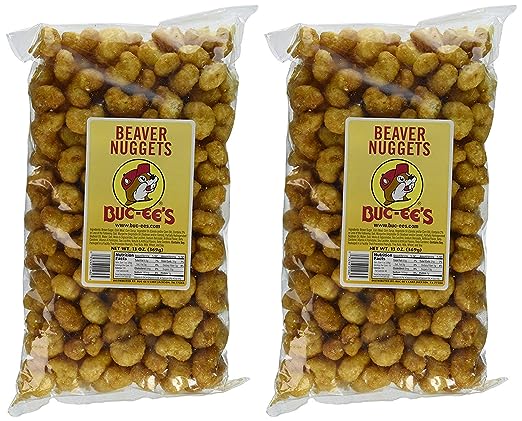 Cody wonders if this is the first time someone has visited all of the Buc-ee's stores in such a short amount of time. That we can't say, but what we can do is wish him luck on becoming the first person to visit all US Buc-ee's locations if he chooses. A new store just opened up in Alabama, and a store is currently under construction in Daytona Beach, Florida. Hopefully, we'll be seeing some pictures of Cody at these locations soon.