As if you need another reason to stop at a Krispy Kreme Doughnuts location when the light is on. Starting today, Krispy Kreme locations will be selling the new Reese's Peanut Butter Egg Doughnut just in time for Spring. Filled with peanut butter Kreme and dipped in chocolate icing, this delectable Krispy Kreme doughnut is part of the new spring selection of doughnuts which includes a fan-voted Lemon-Glazed and one doughnut that looks like an adorable chick.

The Easter egg themed peanut butter doughnut is only available for a limited time, but not as limited as the all-new Lemon Glaze Doughnut which will only be available from Monday April 23rd to Sunday April 29th. This fan selected flavor was chosen as a part of their #VoteForGlaze campaign. 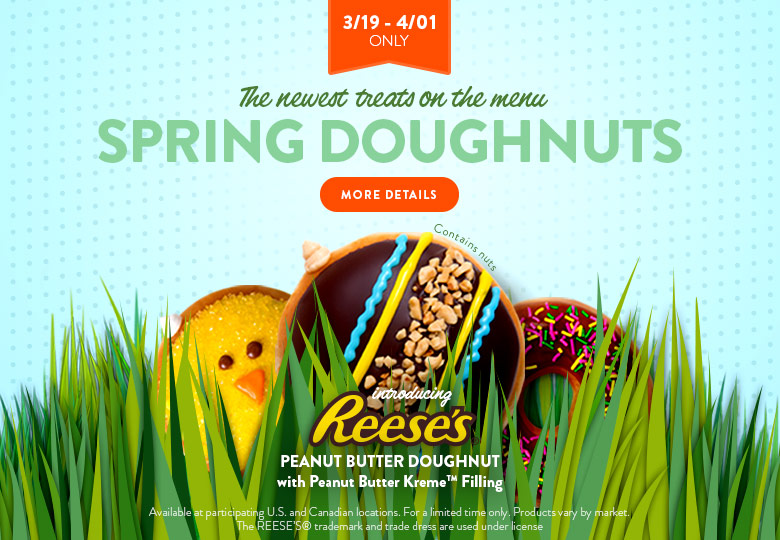 The new doughnuts are just the tip of the whisk at the Krispy Kreme production kitchens. Jackie Woodward, Chief Marketing Officer of Krispy Kreme Doughnuts, shares, "Our chefs have been busy creating awesome new doughnut tastes for our guests. The Reese's Peanut Butter Egg is a fun, seasonal take on our delicious collaborations with Reese's."

Last year the company partnered with Reese's and created a Reese's Peanut Butter Doughnut which was covered in peanut butter drizzle and topped with peanut butter chips. The new doughnut features the same filling and chocolate glaze. The only difference is the festive Easter egg decoration on top. Going along with the spring trend, the doughnut franchise has also released a Chick Spring doughnut and a Sprinkles Spring Doughnut. The Chick Spring Doughnut features the same unglazed shell as the Reese's doughnut, filled with a white kreme filling, and decorated to look like the cutest Easter chick. 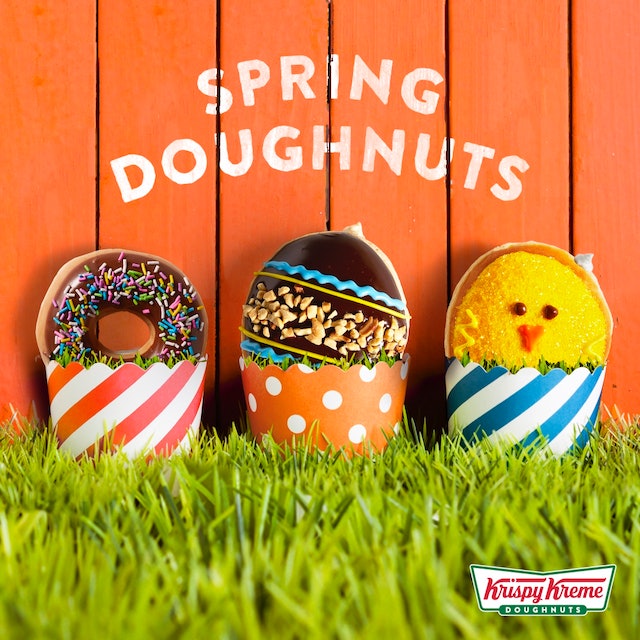 The Sprinkles Spring Doughnut on the other hand is classic with it's decor and flavoring. An original doughnut is glazed and dipped in chocolate then topped with pastel sprinkles.

You better head over to one of your local Krispy Kreme shops and pick up a couple of doughnuts from their spring lineup to put in your Easter basket this year.

Watch: 7 Things Every Texan Should Know About Shipley Do-Nuts