Salty and briny, pickles are one of our favorite foods here at Wide Open Eats. From buying gallons of the juice to filling them with cheese and frying them, pickles are a versatile ingredient with a die-hard fan base. Heck, there's even an entire restaurant based on pickles. It's almost as if pickles will never taste bad.

Today's Red Hot Pickles recipe is no exception. While it seems bizarre to mix hot cinnamon candies with salty pickles, this odd combo makes perfect sense and are especially festive. These are your new Christmas pickles. Hot and spicy, these cinnamon pickles will be a great addition to any lunch or dinner.

How to Make Red Hot Pickles

How To Make Red Hot Pickles

This is the craziest thing we've ever done to pickles.Full recipe: http://dlsh.it/l8rhN0m

First things first, get yourself a couple of large cucumbers from your local grocery store or farmer's market then slice lengthwise them into spears, cutting off the ends, and pack cucumbers into a jar or large container. If it seems like the spears won't fit in a mason jar, slice them to into the pint jar snuggly.

Next, pour in the red hot candies, leaving about an inch of head space at the top of the jar. 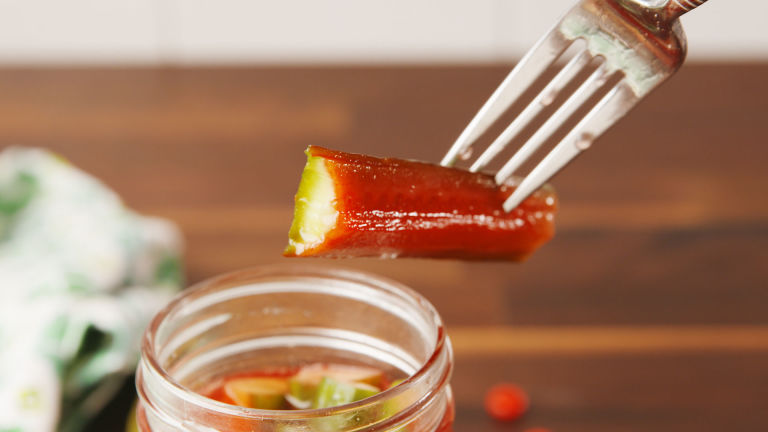 Once you have the candies in the jar, move over to a small saucepan over medium heat. To the pan add cold water, white vinegar, sugar and kosher salt. Bring the mixture to a boil and pour the hot liquid over the cucumbers. Screw on the lid and let stand until cooled to room temperature.

Chill the red hot cinnamon pickles in the fridge overnight. In the morning, take a look at your pickles made with red hot cinnamon candies. Red from the candies, these pickles are best eaten within 2 weeks. 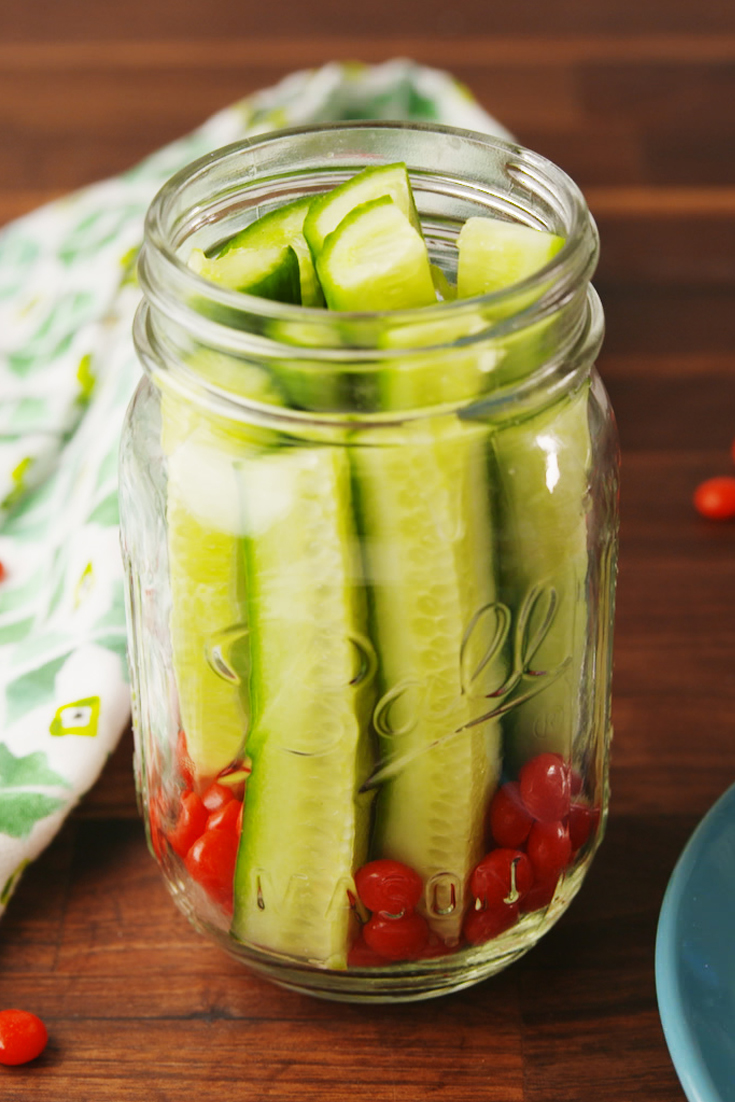 The same effect from the candies can be made using cinnamon sticks and a bit of red food coloring. But it's not as fun as saying you used candy to make your delicious pickles.