There's a reason people love certain chain restaurants. They're comforting, with the same food and service (mostly) from location to location. You almost always get exactly what you expect and that's a good thing. One of America's favorite chain restaurants is Olive Garden, and it's not just because of the unlimited salad and breadsticks (though we absolutely do love Olive Garden for that reason).

Here are 10 important things you need to know about this Italian restaurant.

2. The chain got its start in Orlando

General Mills opened the first Olive Garden restaurant in Orlando, Florida, in 1982. By the end of the 80s, the chain was well on its way to success, with almost 150 locations across the country. In 1995, General Mills spun off Darden Restaurants, which now owns Olive Garden along with sister restaurant chains LongHorn Steakhouse, Cheddar's and Bahama Breeze, among others.

3. Unlimited promotions are the best (unless you work there)

Unlimited soup, salad and breadsticks is definitely part of Olive Garden's appeal, but trying to keep up with all the refill requests can be hard on your server, so ask nicely and tip well. Every year, the chain does a Never Ending Pasta Bowl special, where guests can eat their fill of pasta for $10.99 during one meal. But if you're on the ball, you can also try to score one of the $100 pasta passes (there were 24,000 sold this year), which gives the bearer unlimited pasta entrees for nine whole weeks. This year, Olive Garden upped the ante by offering 50 Lifetime Pasta Passes for $500 each.

4. The best NYE party in Times Square is at the Olive Garden

No, really. If you're going to be in New York City on New Year's Eve, the place to be is the Olive Garden in Times Square. The ticket price is around $400, but you get three levels of food, drinks and music, plus you can say you spent NYE in Times Square without having to, you know, actually spend NYE in Times Square.

5. You can have Olive Garden at home

Well, of course, there's always take out, but the restaurant also offers catering. You can also buy Olive Garden's signature Italian salad dressing in grocery stores. And their website has a list of recipes where you can make some of your favorite OG-inspired dishes at home, including breadstick lasagna and cheese ravioli. 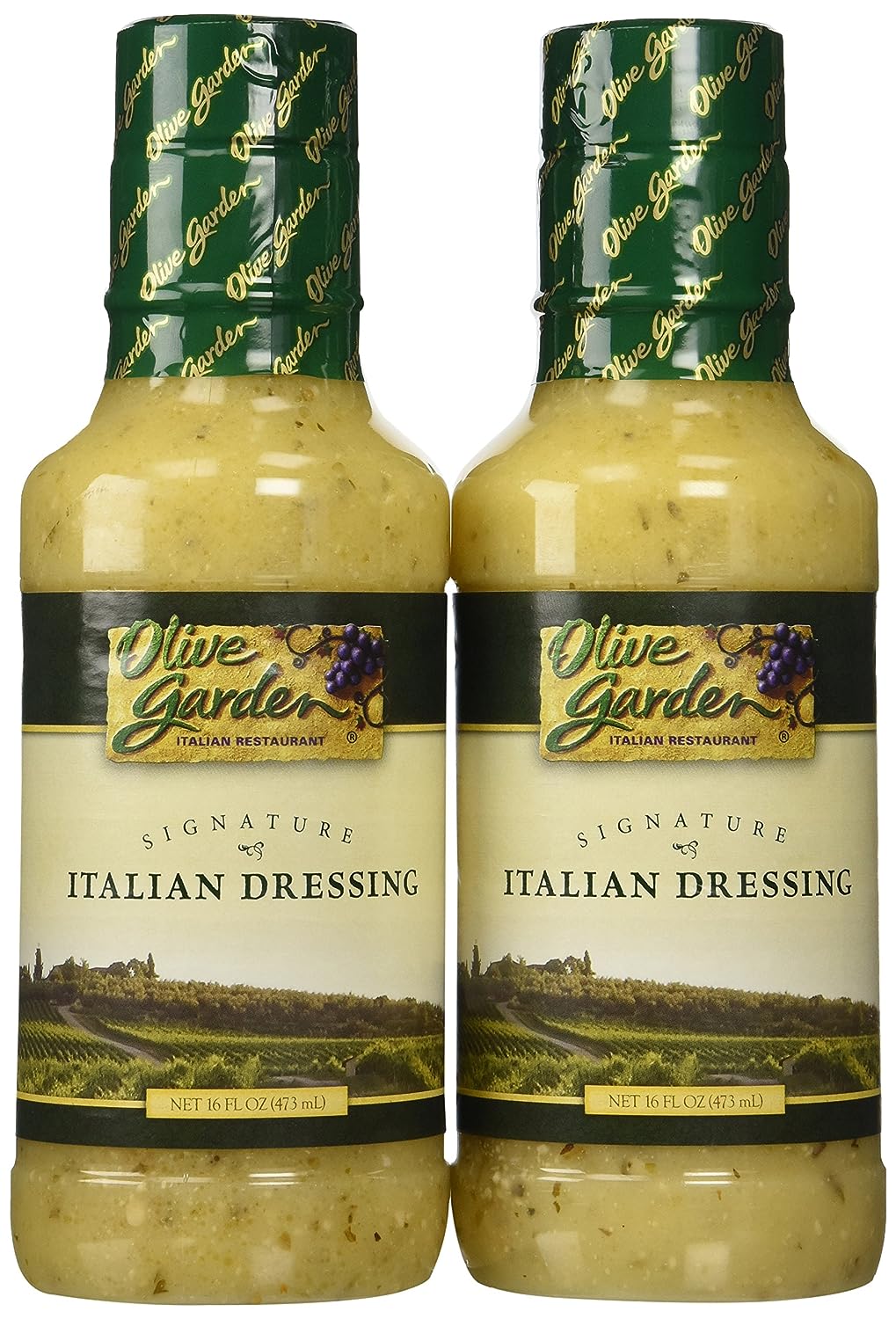 Don't like dressing on your salad or want a different ravioli filling?  If the chef has the ingredients, they will make substitutions or discontinued menu items (but ask politely, please).

7. Really, we do love the breadsticks

In 2014, investors tried to get the chain to limit the number of breadsticks offered to customers, claiming that there was a lot of waste from uneaten breadsticks. As you can imagine, there was an outcry and that plan was scrapped. Plus, it turns out that Olive Garden breadsticks can be repurposed as crostini and mini pizzas, as imagined by the kid chef winner of MasterChef Junior.

8. There are Olive Garden super fans

Olive Garden has been an important part of Samantha Roberts and Jeff Gilleland's entire relationship. They spent a lot of date nights at the restaurant, and then when Jeff won Olive Garden's Passport to Italy Trip in 2017, it became part of their wedding story. Jeff proposed in Italy and when the couple returned, they took engagement photos at their local Olive Garden location. And, of course, the wedding was catered by Olive Garden, with favorites like chicken parmigiana, fettuccine Alfredo and the restaurant's Dolcini for dessert.

9. They pay attention to customers with allergies and food sensitivities

As someone with food allergies, I know how tough it is to find a restaurant that knows and communicates their ingredient list clearly. Lots of restaurants simply shrug and don't bother. When you find a chain that does it well, and that you trust to follow their own guidelines, it's gold. Olive Garden has clear menus online that list the top eight allergens, plus it has additional menus that highlight vegetarian and vegan dishes, note which foods have pork and alcohol in them, and what on the menu meets gluten-sensitivity requirements. They also have gluten-free pasta. Their website notes what kind of oil is in the fryer (100% refined canola), and what processes they use in the kitchen when you notify your server of an allergy (changing gloves and serving utensils).

10. Olive Garden gives back to the community

In addition to donating to local food banks and hunger relief programs, Olive Garden uses store openings and remodels to give back to communities. They donate part of the proceeds from pre-opening training events to local charities and they donate furniture, light fixtures, art, and plate ware from remodeled stores to Habitat for Humanity ReStores.