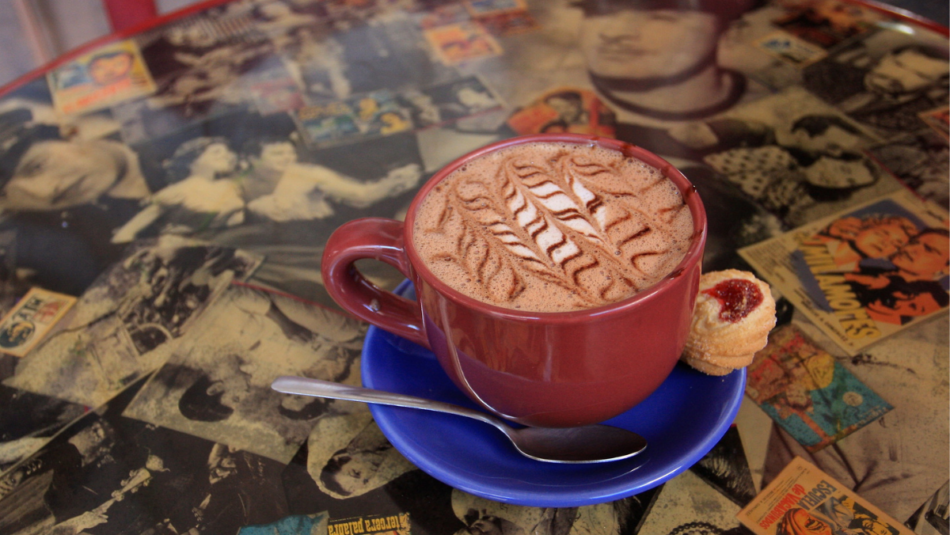 Who doesn't love a delicious mug of hot chocolate on a cold night? Maybe you've become a little more adventurous with your recipes in recent days, and, while looking for the perfect hot chocolate recipe, come across one for Mexican hot chocolate. Is there a difference, you ask? As it turns out, yes, there is.

If you're reading this, you're likely at least a little bit aware of the delicious, hot beverage known as hot chocolate. In the United States, it's generally made with some sort of chocolate, heated milk or water, and sometimes another sweetener. It also often comes with whipped cream or marshmallows to make it even more irresistible.

There's also the popular instant hot cocoa, which is usually made up of hot water or milk and a packet that includes cocoa powder, sugar, and dry milk. Basically, it can be the most frothy, fancy hot chocolate you desire or the most basic drink you need ASAP at the end of a long day.

Additionally, the Mexican chocolate the drink is sometimes made with is actually "a paste made from cacao nibs, sugar, and cinnamon," according to Isabel Eats. "Its texture is very grainy compared to normal baking or milk chocolate due to the high sugar content," the outlet added. It also tends to be more bitter than the chocolate most Americans are probably used to.

Both those examples are sticking to pretty traditional Mexican hot chocolate recipes, but they can get more complex and varied. Some recipes call for things like chocolate shavings, sea salt, cinnamon sticks, a pinch of cayenne or chili powder, vanilla extract, brown sugar, and much more.

But if you want to start out pretty basic, there are actually Mexican hot chocolate brands you can turn to like Abuelita (made by Nestle) and Ibarra. You can find either in many grocery stores or online.

The great thing about any hot chocolate including a Mexican version is how customizable it can be! You can choose to make it with whole milk or almond milk or whatever works for you, and find recipes that call for cooking over low heat or medium heat or even in a crockpot.

The possibilities are endless...endlessly delicious.