We love houseplants here at Wide Open Eats. Whether it's a succulent plant that looks like a rose or a pod of dolphins, if it has roots and lives in dirt, we are head over heels for it. The more unusual the better, and these living stones called lithops fit the bill.

Drought-resistant, these little flowering stones are perfect houseplants because they require little water. While they can be planted outside, make sure they are not receiving too much water. Their native habitat is in the African deserts of Namibia and Southern Africa, so planting them outside in a rainy climate isn't the best idea.

Do not water these plants until the potting mix is dry, and until the old leaves are also dry. Over-watering can lead to root rot, which you don't want! Instead, plant them indoors in small pots placed on a windowsill or other spot with full sun, though partial shade is okay, too. Lithops succulents thrive in gritty potting soil, such as perlite, and cactus mix.

Lithops are a little weird because the new plant grows out of the old one. After the plant flowers, new leaves start to grow, but you won't see them until the outer leaves split and dry out. This growth cycle happens every year and the new leaves pull their water and nutrients from the old leaves. During this part of the growing season, the taproot basically enters dormancy, so, again, don't water the plant until after the old leaves have dried up.

Start your garden with this Lithops variety pack.

Did you know that there are over 37 Lithops species and over 145 varieties? Check out some of our favorites: 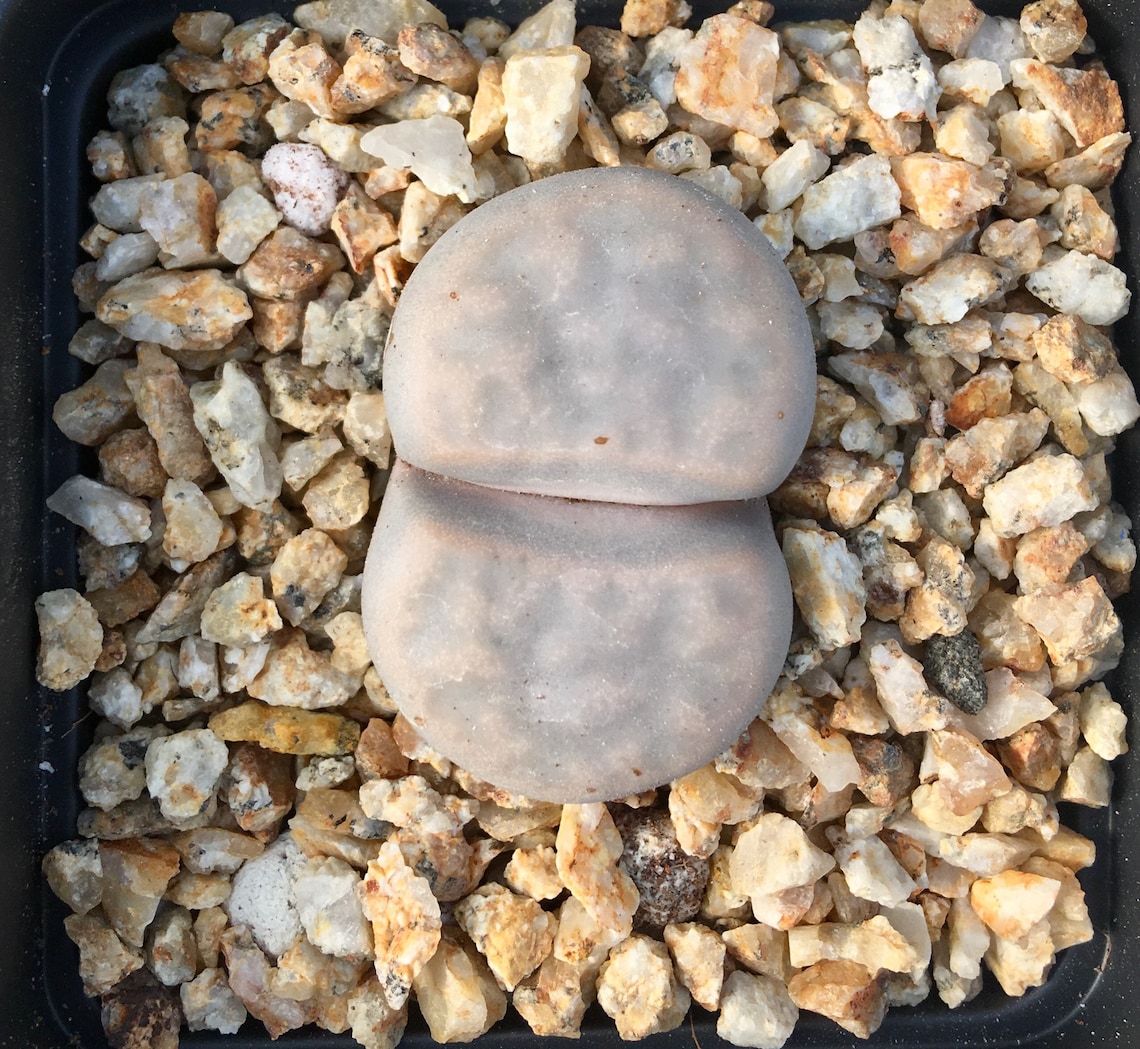 Known as the Karas Mountains living stone, this plant resembles two grey stones with brown spots. White daisy-like flowers bloom in the middle of the pair of leaves in the Autumn and early winter months. 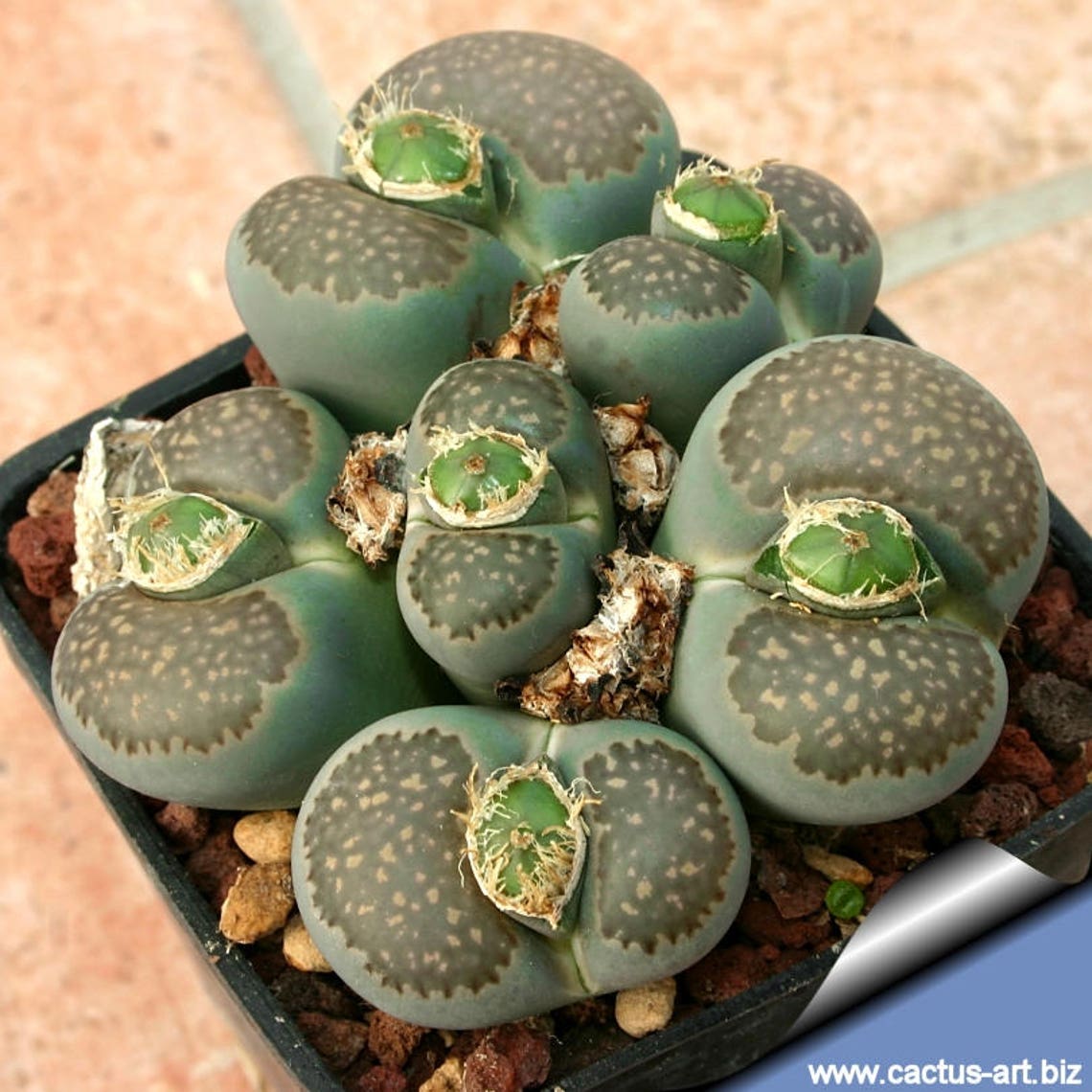 Green and grey, these living stone plants produce beautiful white flowers when bloomed. Make sure the soil surface level is rocky for the lithops plants, they prefer it much more than dirt! 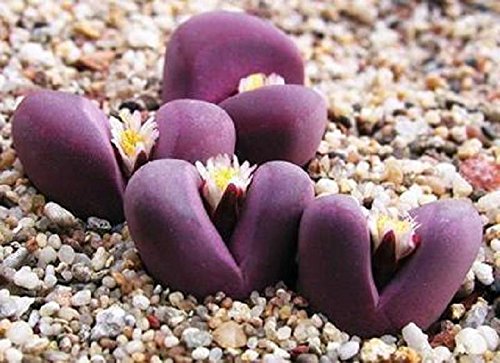 While this species tends to be rare in the wild, the ruba variety of plants is one of the most popular when cultivated. This lithops has a bright red color that loves bright light.