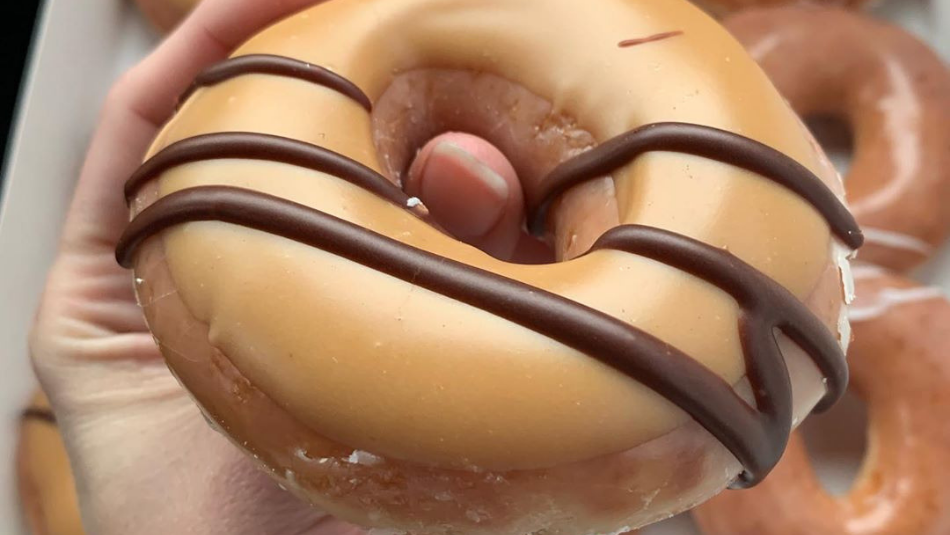 The doughnut giant is already adding new flavors to their filled donuts. Krispy Kreme Doughnuts recently announced their new doughnut creation, original filled doughnuts, which feature original glazed doughnuts that are filled with a delicious Kreme. At the time the doughnut shop hinted that limited time filled doughnuts may be available in the future. And it looks like the future is now. Two new Krispy Kreme Reese's Donuts has hit the menu and wait until you hear what's inside.

"Our latest co-creation with Reese's is our best yet! If the technology exists to fill a Krispy Kreme doughnut with Reese's Peanut Butter Kreme™ and Chocolate Kreme™, then how could we not offer that to America? Well, it does. So we are. And it's amazing," said Dave Skena, Chief Marketing Officer for Krispy Kreme Doughnut Corporation.

According to the press release:

If I see any product with the words Reese’s or Cheetos, I am getting in my car and going to get it immediately. No questions asked. Here are the Peanut butter lover and chocolate lover donuts from @krispykreme

The new doughnuts are offered individually or in a dozen. Krispy Kreme has also produced a limited-run of custom two-pack donut boxes inspired by the iconic Reese's peanut butter cups packaging.