You probably have at least one kitchen apron stuck in a drawer somewhere with your kitchen linens, probably one that says "Kiss the Cook" or maybe with a pop culture twist like "Dinner is Coming." But do you know the history of that apron? People have been wearing aprons as protective garments and fashion statements since ancient times, from the blacksmith wearing a heavy leather apron to cute pinafores on dolls like Raggedy Ann.

The word apron comes from the medieval French word naperon, which is a diminutive form of nape, which means tablecloth. A naperon was a small cloth placed over a bigger tablecloth to protect it. According to Merriam-Webster, naperon first shows up in English in the 14th century as a protective cloth placed over the clothing. Apparently napron was often confused for the words "an apron" and by the 17th century, that's what everyone called the cloth people wore over their clothes. 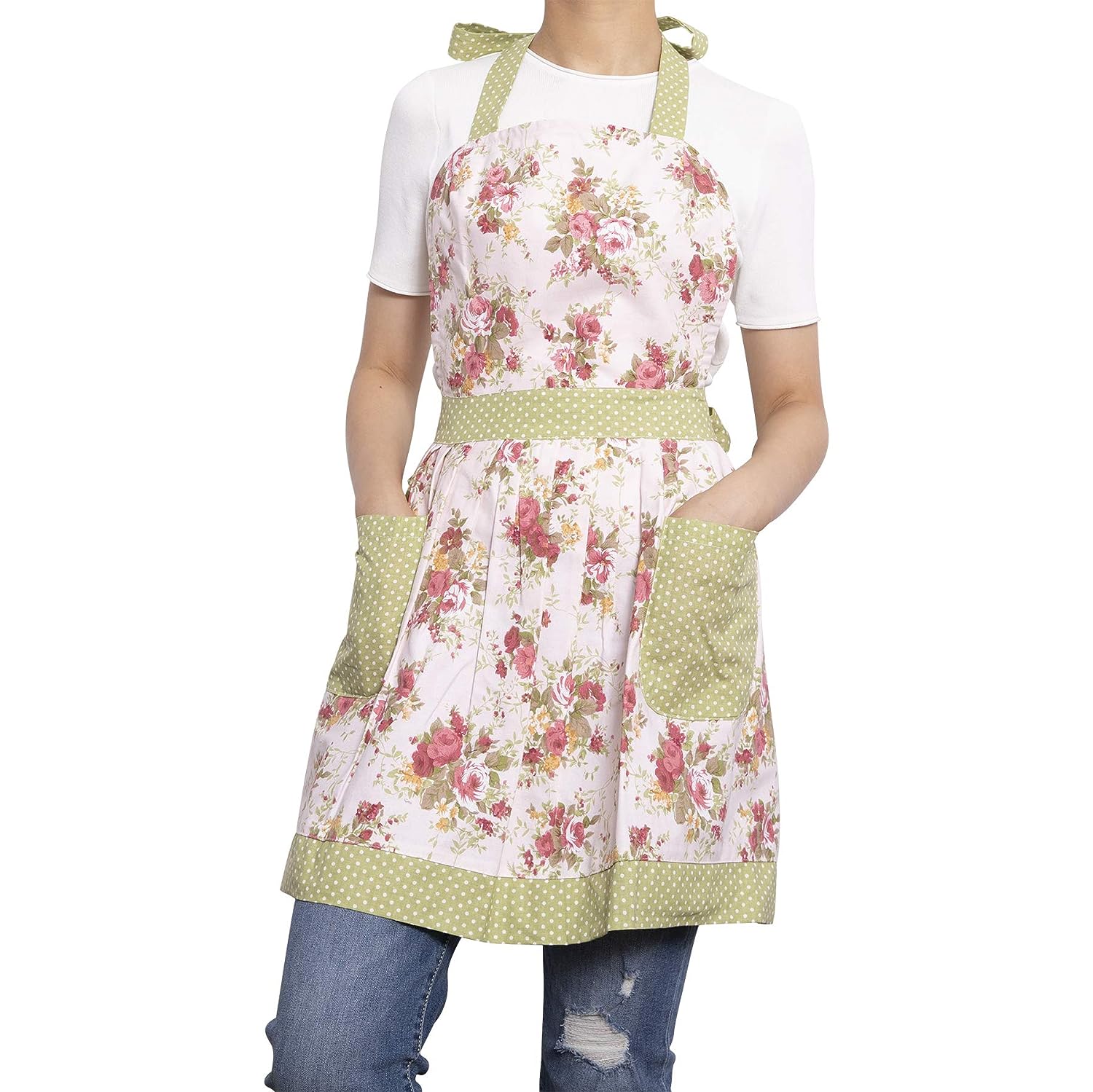 Bib aprons, or full aprons, extend the full length of the body, usually to the mid-thigh or knees. They tie at the waist and have either a loop or ties behind the neck. Chef aprons, bistro aprons, cobbler aprons, heavy work aprons, and usually those kitchy grilling aprons are bib aprons.

A half apron, or waist apron, is a more traditional kitchen apron, the kind that ties around the waist and falls to the mid-thigh.

Cross back aprons are full aprons that have straps the cross at the back and over the shoulders.

A pinafore is primarily a kids apron, a decorative garment most often worn by little girls. The straps of the apron have ruffles and the apron can be trimmed with ribbons and bows. The Popularity of Kitchen Aprons

Taking it up a notch today with our avo toast by adding colorful, nutrient-dense micro greens. ? ? Oh yeah, and wearing a coordinating quetzal jade apron of course. ?

Up until the 20th century, when conveniences like washers and dryers became more common, aprons were functional, worn primarily to protect clothing.

In the 1940s and 50s, kitchen aprons became a symbol of domesticity. Donna Stone, June Cleaver, and Harriet Nelson all wore aprons to care for their perfect TV families. A woman wearing an apron was thought to be a wizard in the kitchen and always had fresh baked cookies for the kids. Aprons for men were confined to outdoor grilling or the bbq pit, considered more masculine pursuits.

But aprons have always been an indication of domestic work. Cooks and maids wore aprons both to protect their clothes and as part of their uniform. Aprons are also common in restaurants, where a cooking apron is even more standard gear than a chef hat.

Today, kitchen aprons tend to be worn for fun. Vintage aprons are gaining in popularity, and you can find fun, unisex adult aprons with sayings from almost any TV show or movie universe.

So whether it's for fun or to save that white t-shirt from a batch of spaghetti sauce, tie on a kitchen apron and enjoy cooking!