The era of meatless meat is upon us. Fast food chain Kentucky Fried Chicken is the latest restaurant to throw their hat into the ring and is testing out a new Kentucky Fried Chicken menu item sans chicken. Produced by Beyond Meat, the new KFC vegan chicken will only be available in Atlanta as a test, but by the looks of it, the beyond fried chicken could rollout nationwide soon.

What is KFC Vegan Fried Chicken Made From? 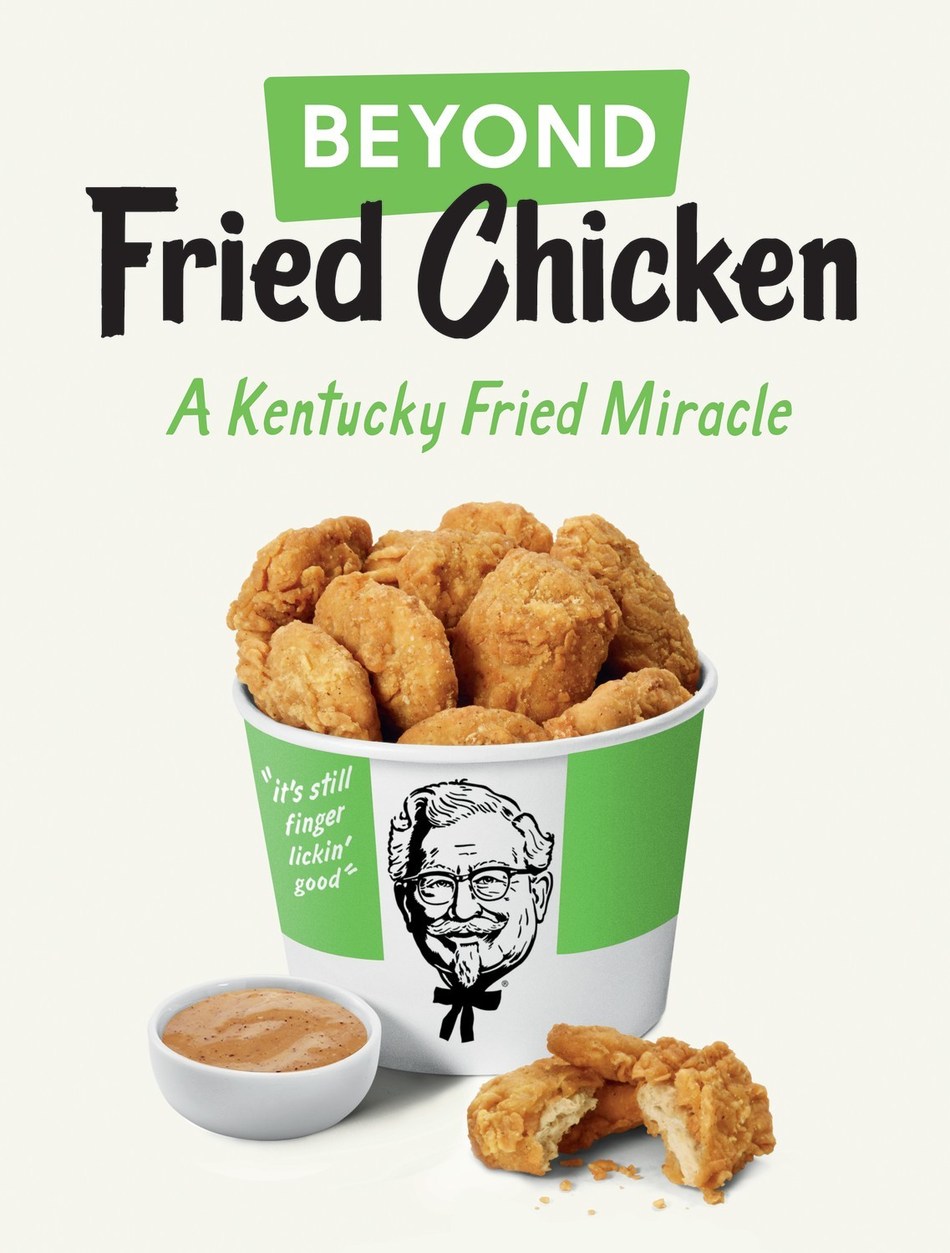 Like the Impossible Burger and Impossible Whopper from Burger King, the new vegan chicken will offer meatless options for people who do not like to eat meat or are enjoying meatless Monday. While the ingredient list has yet to be revealed, most Beyond Meat products are created with plant protein (like pea protein and rice protein) coconut oil, and seasonings. All of their products feature no GMOs.

According to KFC, the vegan options will be available in two ways: served as crispy nuggets with your favorite dipping sauce, or as boneless wings tossed in Nashville Hot, Buffalo or Honey BBQ sauce.

People who are interested in checking out the new finger-lickin' meat substitute are invited to Cobb Parkway restaurant (2637 Cobb Pkwy South East, Smyrna, Ga.) for a complimentary sample of Beyond Fried Chicken from 10:30 a.m. to 6:30 p.m. on August 27 (with purchase of any KFC menu item, while supplies last).

If its anything like the Impossible Whopper, it'll probably taste like chicken. I tried out the new Whopper a few days ago and was pleasantly surprised how meaty it was. IF you didn't tell me it was plant-based I would have never known.