Nature is incredible. There are flowers that look like rabbits ears, plants that can eat insects, and plants that specifically attract butterflies and hummingbirds to your botanic garden. But have you ever heard of a plant that actually looks like a hummingbird? The green birdflower, scientifically known as Crotalaria cunninghamii is just that.

Known by the common names green birdflower or regal birdflower, the Crotalaria cunninghamii is native to inland Northern Australia. Part of the Fabaceae family, (known as the legume family), the green birdflower is related to herbaceous plants such as chickpeas, soybeans, and alfalfa. It is found mostly on unstable sand dunes and in Mulga communities, which are groups of plants that "capture, retain and cycle precious sediments, nutrients and water," according to the Department of Environment and Conservation.

The flower, which is named after early 19th-century botanist Allan Cunningham, is a perennial shrub that can grow up to nine feet in height. It features hairy or woolly branches and dull green foliage which look like hummingbirds to the human eye. The oval leaves grow beside greenish pea flowers which are streaked with fine black lines. At first glance, the flower looks like a bird with its beak attached to the central stalk of the flowerhead. You can sometimes spot a large bee or honeyeaters hanging around the plant in your garden.

Along with looking beautiful, the plant also has some medicinal properties. According to the Australian Native Plants Society, aboriginal people were known to use the sap from the plant and green flowers to treat eye infections.

How To Grow Green Birdflowers 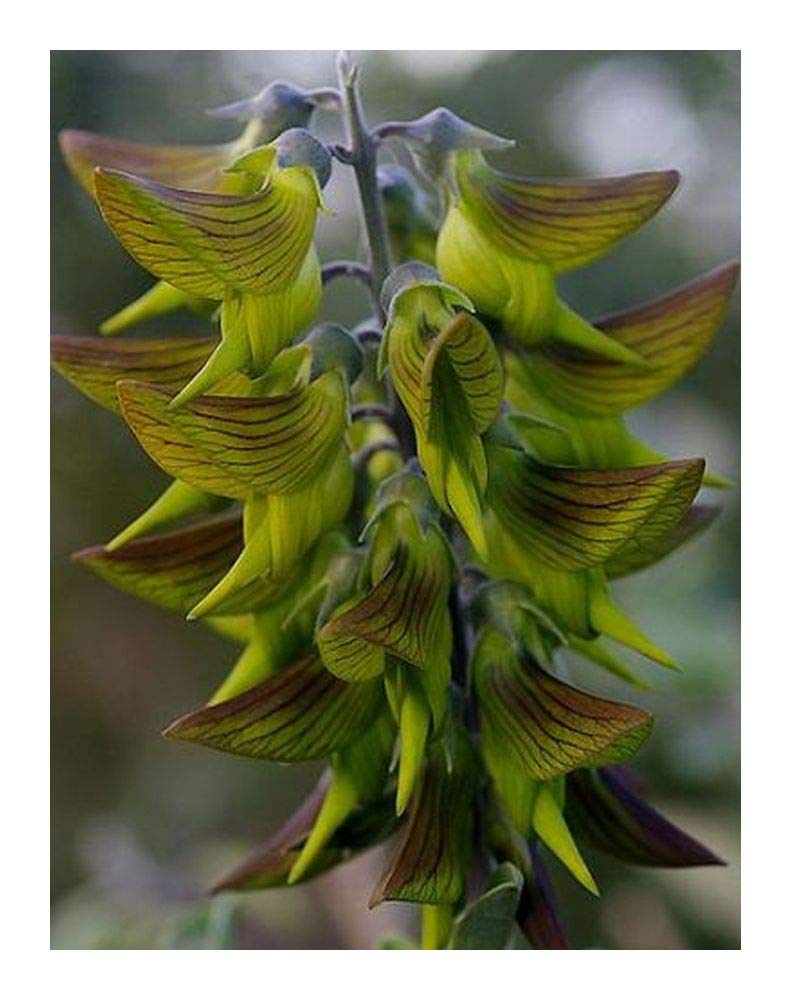 These seeds have a hard seedcoat and can take a while to grow. To speed up the process, pour a tiny bit of boiling water on the seeds and then soak them in warm water for 12-24 hours. The seeds should be swollen by the time and will grow. You can also make a small nick in the seed coat with a sharp knife and soak for an additional 12 hours before sowing. The Green Birdflower grows best in sandy well-drained soil in the sun.

So whether you find yourself in Western Australia, New South Wales, or even the United States, try growing one of these unusual plants yourself. The best place you can find birdflower seeds is on Amazon.

Products featured on Wide Open Eats are independently selected by our editors. However, when you buy something through our links, we may earn a commission. This post was originally published on July 1, 2019.