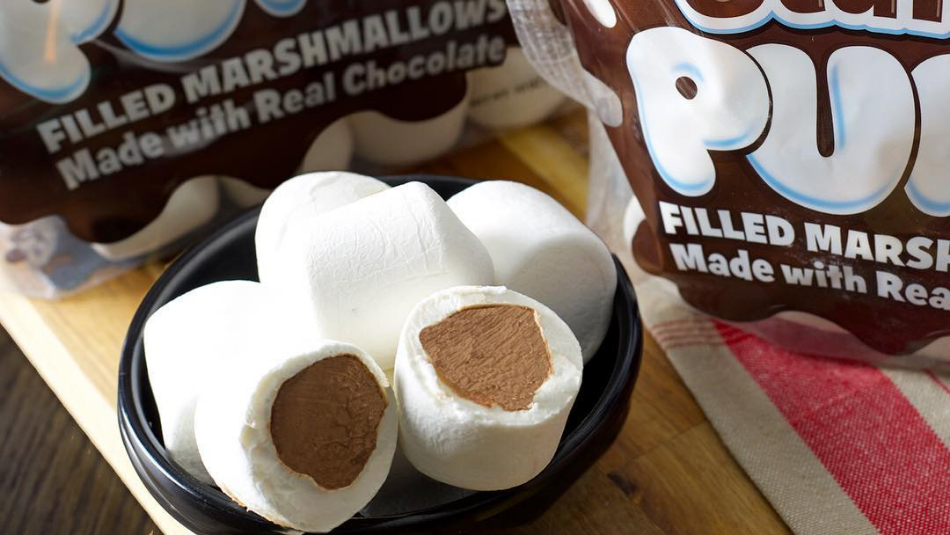 How many times have you run out of chocolate before marshmallows when making s'mores over an open fire? It's a calculated science, like how to make sure you save enough M&M's in your trail mix until the last bite. Thankfully, you no longer have to scratch your head in the candy aisle, chocolate-stuffed marshmallows are a thing now.

Dreams really come true. Because the chocolatey center in encased in marshmallow, you can be sure that the chocolate will melt inside your toasted marshmallow. That means no trying to warm your milk chocolate bar up with your hands, no need to wait anxiously for your chocolate to melt on your graham cracker. It's all-in-one and I want a bag ASAP for my much-anticipated summer s'mores making.

Stuffed Puffs look like normal marshmallows from the outside, but once you take a bite, you'll reveal a real chocolate core. Your s'mores will never be the same.

According to Insider, the sweet combo marshmallows were invented by Michael Tierney, a graduate of the Culinary Institute of America while sitting around the campfire. "[A marshmallow with a chocolate center] is a simple idea, but very hard to execute, which is why it hasn't been done before," Tierney said in the release. "I spent seven years figuring out a truly innovative system that breaks the rules of traditional candy making. I'm so excited it's finally here."

I'm not the only person excited about this new product. Over at the Stuffed Puffs Instagram, Instagram users are already singing their praises for the mallows. One even commented asking if peanut butter stuffed marshmallows were up next. That I wouldn't mind.

Traditionally, most Americans use classic Hershey's chocolate on their s'mores, however, we will have to wait and see if this chocolate filling stands up to the competition. According to Stuffed Puffs, the product will hit Walmart shelves April 28, just in time to hit the state park and go camping.

Watch: Stock Tank Pools Turn Your Backyard into an Oasis

Chocolate-Stuffed Marshmallows Will Up Your S'mores Game