Normally sharing the specials of the day or even a friendly community message, business signs are usually used for the purpose of communicating something to their customers. However, two businesses, the local Chick-fil-A and Moe's Original Bar B Que on Airport Blvd. have learned that signs make a great way to communicate with each other.

A hilarious sign fight has since ensued. It's not the first sign battle we've seen, and certainly won't be the last. See for yourself. 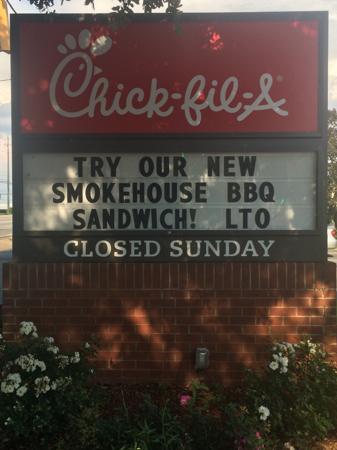 It all started a bit ago when Chick-fil-A shared to customers on their sign to try out their new Smokehouse BBQ Sandwich. 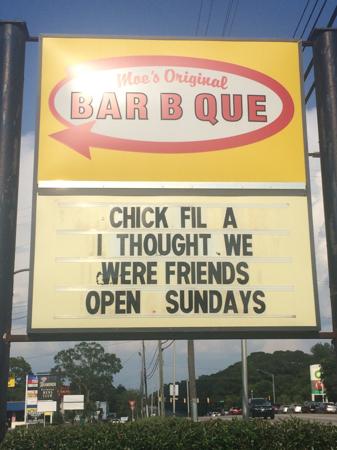 Moe's reached out via their own sign, "I thought we were friends" and then adding an extra jab, "Open Sundays." 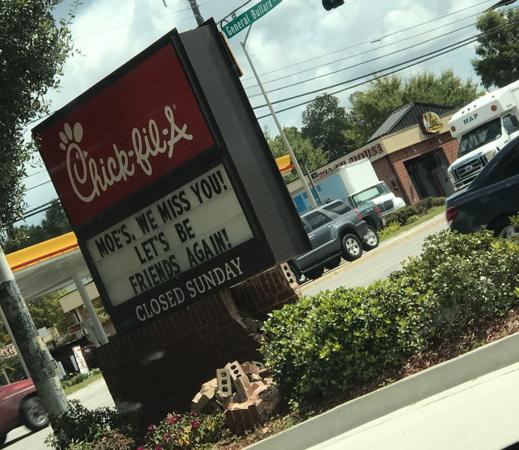 From there, Chick-fil-A answered back, saying that they missed Moe's and asking to be friends once again. 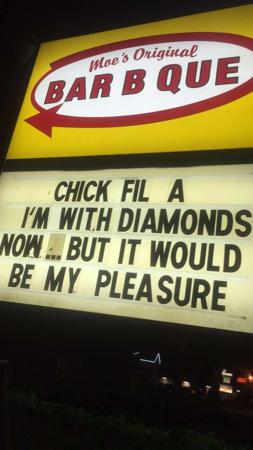 Moe's wasn't having any of it, stating that they were with Diamonds (a gentleman club down the street) but they could still be friends. 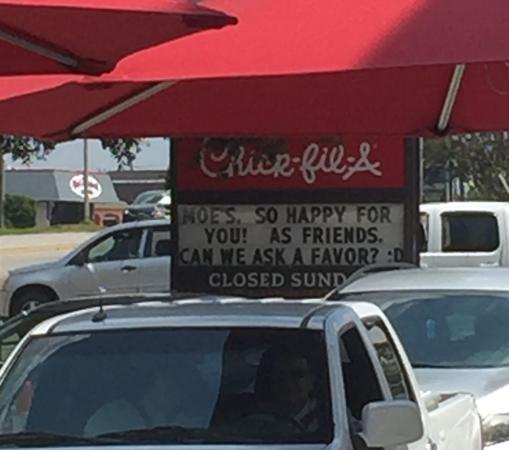 Chick-fil-A responded with glee, asking for a simple favor and Moe's agreed, stating, "What can Moe's BBQ do for you?" 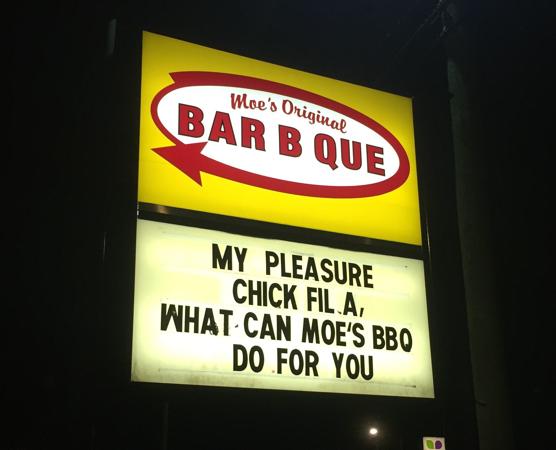 Then that's when Chick-fil-A asked the big question, "Anyway we could look at that white BBQ sauce recipe?" 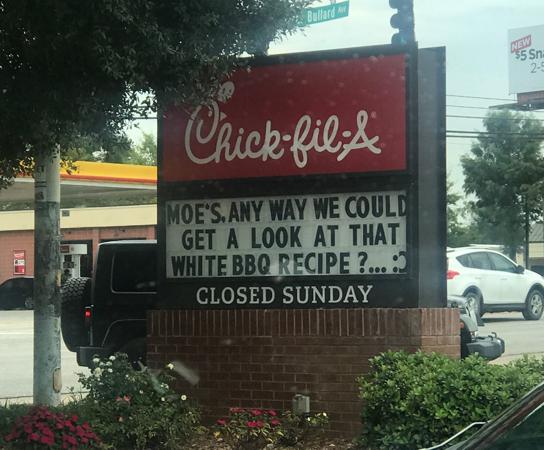 Obviously offended, Moe's answered back with a gruff, "We'll send it over when pigs fly." 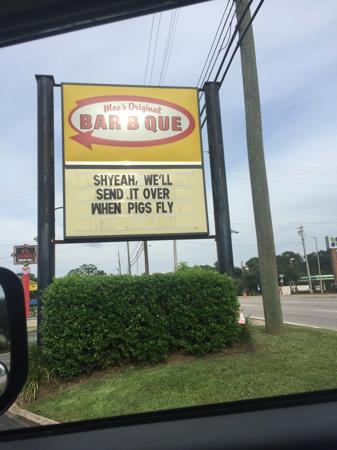 It was all said and done until down the street Diamond's Exclusive Men's Club got in the last word, "Let her go Moe." 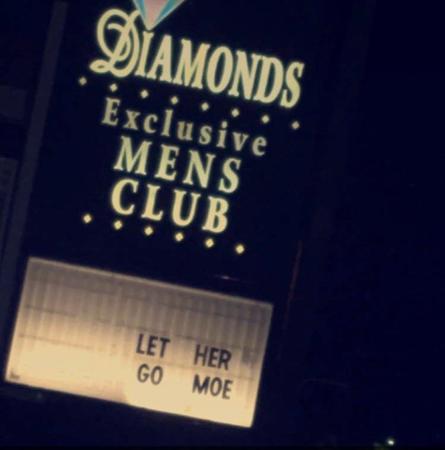 A Facebook comment wraps the entire thing up: "In WeMo [West Mobile] Christians, hippies, and strippers get along just fine." We couldn't agree more.

Watch: 10 Foods No American Can Make Better Than a Texan