Southern-style sweet iced tea (also known simply as tea, because how else would you drink it?) is really quite simple to make. The trick is to add the sugar while the tea is still hot. According to some folks, however, there's another secret ingredient: Put a pinch of baking soda in sweet tea.

Have You Ever Heard of Adding Baking Soda in Sweet Tea?

Baking soda is thought to counteract the tannins in the tea, making it less bitter. It's also said to make the tea less cloudy after brewing. But does baking soda really have that effect? And what is the best tea recipe? (By the way, the correct answer to that question should almost always start with "one of the ladies at church says" or "my mother/grandma/aunt taught me.")

Now, if you've never heard of this trick, don't feel like you've missed out. It's not one I learned growing up (and I drank plenty of sweet tea at church lunches) and a quick survey of other Southerners, tea drinkers all, didn't turn up any who learned this tip either.

The astringency of tea can be part of the attraction like strong coffee is for some. But then, I learned to drink tea from people who thought that if you could look through a glass of tea and still read the paper, the tea was too weak. It's interesting to see who uses baking soda in their iced tea recipes and who doesn't. Southern Living does; Garden and Gun doesn't. Alton Brown doesn't, and next to my mother, that's usually my final stop for cooking/science questions.

Baking soda counteracts acidity, not astringency, and as the good Mr. Brown notes, there are other ways to keep your tea from being bitter and cloudy. The first is don't let the water completely boil, the second is to add room temperature water to the steeped brew instead of cold water. Too hot water extracts bitter compounds from the tea leaves, which makes for bitter tea, and adding a shock of cold water turns those compounds more solid, making the tea cloudy.

A quick test of the baking soda theory didn't show any difference in either clearness or taste. I took loose leaf black tea and steeped it in almost boiling water for five minutes, stirring a pinch into the glass on the left as I put the tea in. I can't see any difference (though I'll note I think I got more tea leaves in that glass since it's darker) and the two glasses tasted the same.

How to Make Southern Sweet Tea 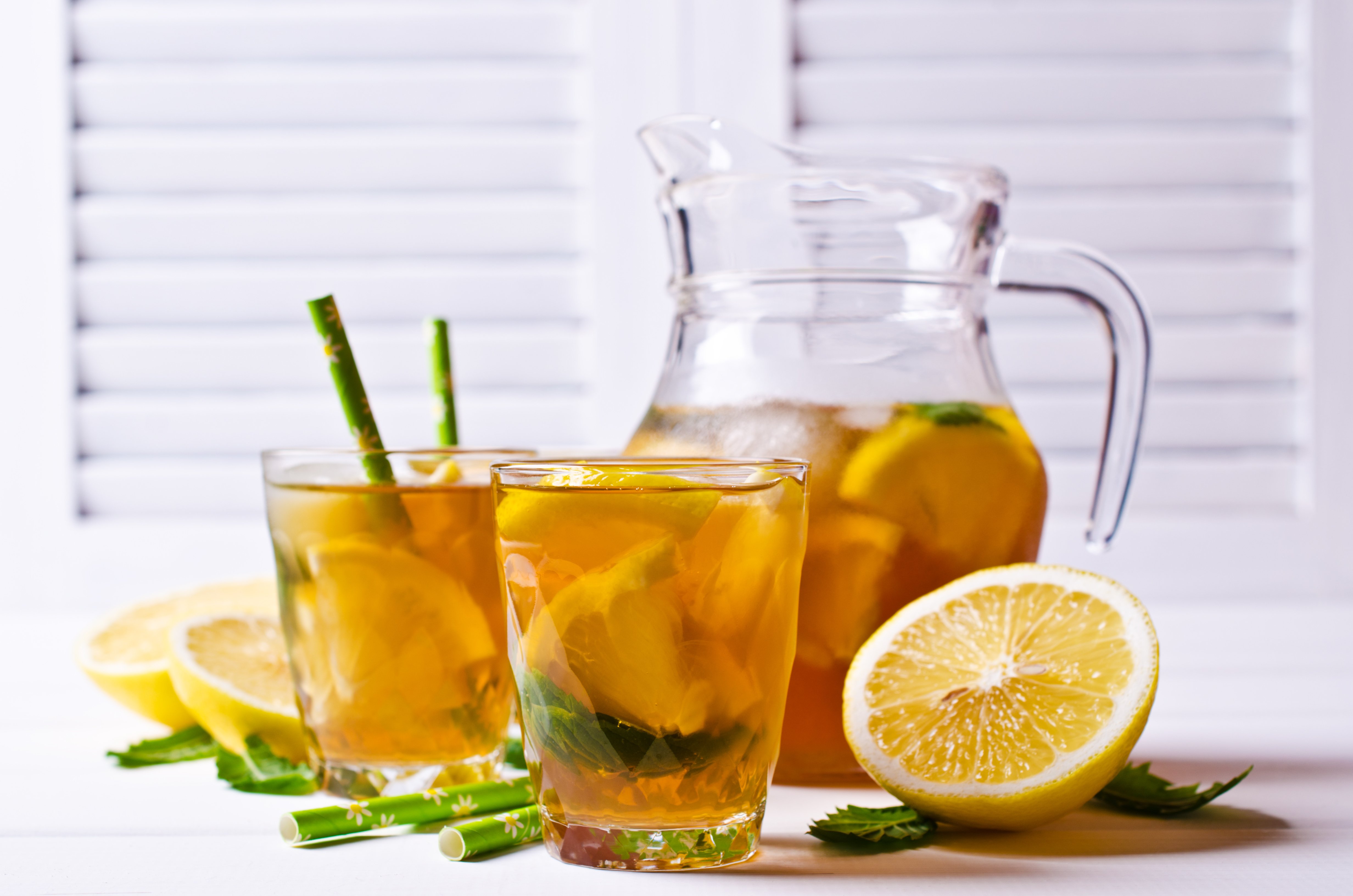 Heat 4 cups water in a saucepan to almost boiling, then drop 5-7 tea bags in the water (or 2-3 family-sized tea bags). Lipton is best, though I'll allow that Luzianne is fine, too. Basically, any kind of black tea is good, and if you want to get fancy, you can use a flavored black tea.

Steep the tea bags for around five minutes. You can steep for as long as 15 minutes, but the longer you steep the tea, the stronger it is and thus a more bitter taste. Remove the tea bags -- do not squeeze the tea bags into the hot tea -- and pour the tea into a jar or pitcher, then add another 4-5 cups of room temperature water (dilute to taste). If you want sweet tea, add granulated sugar to taste before you add the rest of the water, or make a simple syrup and sweeten each glass individually.

You can also try sun tea, where you drop the tea bags into a large jar of water and let it sit in the sun for several hours. And whether or not you put baking soda in your sweet tea, you can garnish your beverage with lemon slices, fresh mint, or Kentucky's finest.