It's Super Bowl Sunday. You have the best NFL viewing package, so the whole gang is coming over to your house rip-roaring and ready to grub. This is no evening-game-only type of affair. Oh no, this is an all-day shindig, and you have a lot of hungry expectation coming your way, packing more of a punch than J. J. Watt (but not really). It's a game day party, and we've got the perfect play: Let these slow cooker meals do the work for you.

You'll want to spend most of your time drinking the big game and watching the beer, or something like that, so any complex cooking will certainly draw a flag. And sure, you could put out some take out or store bought cheese dip and tortilla chips, but your Super Bowl snack table deserves better. Score a touchdown with these slow cooker meals that let you focus on your friends and football instead of being stuck in the kitchen all the way to halftime.

Along with being ideal for game day, slow cooker meals are perfect for any time when you don't feel up to spending too much time making a full meal. Maybe you've just gotten home from a long work day, or maybe you just feel that your time would be better spent relaxing and having a beer than chopping endless veggies and standing over the stove. In these moments, a slow cooker is a lifesaver, providing the perfect way to have a healthy, tasty meal that's amazingly easy and doesn't include a $7 delivery fee.

Soups and chilis are often the go-to's when you're thinking of making an easy slow cooker meal, but there's so much more that this versatile kitchen appliance can do. In this list, you'll find wings, sandwiches, tacos, and even desserts. The slow cooker can be used for many recipes that doesn't need to be constantly stirred or flipped. So think outside the box! You can use these recipes for your next dinner party, lazy Sunday, or get-together with friends.

Putting a few of these game-winning slow cooker recipes into your game day playbook will result in a touchdown 100 percent of the time, every time. Grub on, football fans. No need for any trick plays, here; let's start with something basic. Slow cooking some good old BBQ wings will wet the whistle of your guests, not the referee.

Get the recipe at Genius Kitchen. Game day needs comfort food, too, and Sloppy Joes are definitely comfort food. Everyone can serve themselves with this easy slow cooker meal, just lay out rolls and let the games begin. Pro tip: This simple recipe is also perfect for a yummy weeknight dinner that will have the whole family cheering.

Get the recipe at The Kitchn. These Ranch Chicken Tacos look like the perfect filler for your sole open hand while watching the game. Why do you only have one open hand, you ask? We're assuming the other has a foam finger on it, of course.

Get the recipe at Le Creme de la Crumb. Just when you thought the game couldn't get any crazier, they came out with one of the most unexpected plays of the entire season: slow-cooked Hot Fudge Brownies.

Get the recipe at Simple Joy. If you're going to indulge in something a bit over-the-top, at least make it something that's worth it. These Crock-Pot Pulled Pork + Beer Cheese Grilled Cheese sandwiches are quite the indulgence, and they're worth every single calorie.

Get the recipe at How Sweet Eats. If you have a time-tested chili recipe, by all means, make it. It never hurts to have a second string, though, and this White Chicken Chili recipe has the potential to be a starter down the line.

Get the recipe at My Natural Family. Why put out regular peanuts when you could boil up some nuts (peanuts aren't actually a nut, but who cares) Cajun-style? More than your average legume (there it is), the Crock-Pot Cajun Boiled Peanut promises to put a few points on the Super Bowl side dish recipe board.

Get the recipe at Tammi Lee Tips.

Get the recipe at Southern Bite.

Feeling fancy this Super Bowl? For some reason, fondue simply seems fancy. Blow past regular old queso dip with this quick and easy Crock-Pot recipe for delicious melted cheese with white wine in it. Oh, it's just so fancy, but you can still dip pretzels and chips in it!

Get the recipe at The Wanderust Kitchen. No matter how much will power you think you have, you'll be hard-pressed to say no to these Bacon Wrapped Smokies. This appetizer is just a lil' cute and a whole lotta tasty.

Get the recipe at The Frugal Girls. Hey! Stop licking your computer screen! Go buy the ingredients and make it before you make the whole team run hills after practice.

Get the recipe at Add a Pinch. Sure, ordering pizza on game day is fine for a runner-up. To be a champion, though, you'll need to consider something that separates you from the rest. This easy recipe for a cheesy Supreme Pizza Dip is just that.

Get the recipe A Spicy Perspective. If you just fumbled your iPad, we don't blame you. The Wide Open Eats team has an eternally wide open slot on the roster for anything with Reese's in it, and we're doing everything we can to get this Fudgy Crock-Pot Reese's Spoon Cake in the first round of the draft.

Get the recipe at Recipes That Crock. 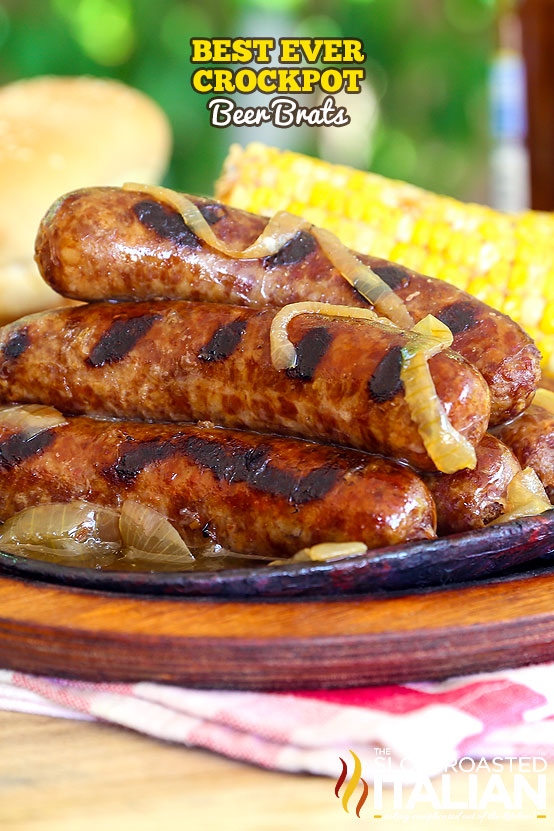 Stating that you're the "best ever" during the post-game press conference is bold, and you'd better be willing to live up to the hype if you don't want negative press coming your way in the future. Here's a little secret, though: These Beer Brats just may be the best Super Bowl Crock-Pot recipe there ever was.

Get the recipe at The Slow Roasted Italian.

Get the recipe Mom on Timeout. If you're tired of standard ribs, consider a player with a wider skill-set, so to speak. Offering more than the standard BBQ rib flavor profile, these Korean-Grass-Fed Ribs are mouthwateringly good and paleo-friendly, making them a perfect Super Bowl Crock-Pot recipe.

Get the recipe at Nom Nom Paleo.

Speaking of being paleo-friendly, these are the best caveman-approved cookies you could ever imagine. You don't need to be a wiz with an oven to make these, either.

Get the recipe at Food Faith Fitness. 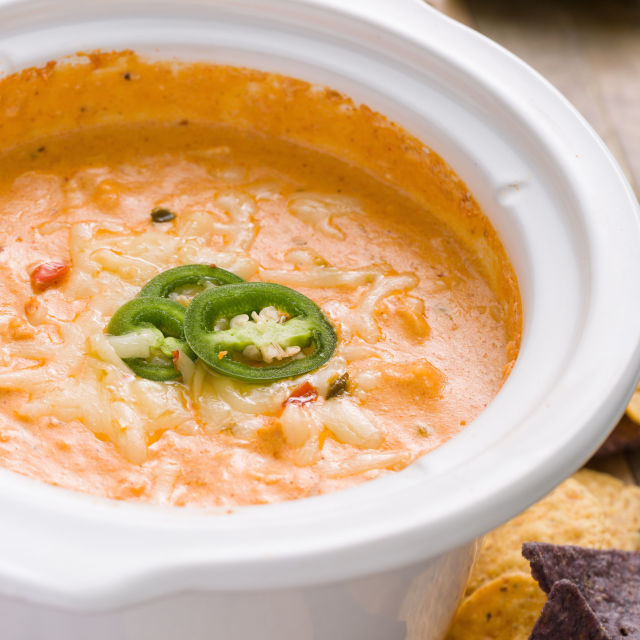 It's nearly impossible to have too many dips on your game day roster. Why not go with a Mexican enchilada dip that's not awfully flashy but gets the job done right every time?

Get the recipe at Delish.

Smokey kielbasa with spicy barbecue sauce is the two-point conversion play that you're going to be glad you practiced earlier in the week. This slow cooker meal is not hard to make, but it will be gone so quickly on game day that you may forget that you even served it.

Get the recipe at Tammi Lee Tips. Buffalo chicken is always a fan favorite, and when the recipe is this simple it's probably the coach's (read: cook's) favorite too. Plus, if you haven't tried Frank's Red Hot Buffalo Wings sauce (as featured in the background of the above photo), you're truly missing something special.

Get the recipe at Host the Toast. You can't only have one chili option; it's almost as bad as depending on one-star player to carry your team to the 'ship. It ain't happening, no matter how good your dad's meatless chili really tastes. Here's a ground beef, kidney bean and chipotle-based chili recipe for those who prefer a little color in their bowl. Pro tip: Set out small bowls of toppings like shredded cheddar, jalapeño peppers, sour cream and chopped onions so that everyone can customize their own bowl.

Get the recipe at Gimme Some Oven. It's not a football game without multiple foods served with buffalo sauce. These buffalo chicken meatballs are hearty, tasty and an easy slow cooker meal to make.

Get the recipe at Damn Delicious. Okay, look, you need to get your veggies as part of a healthy game day buffet. This double creamy (sour cream and cream cheese) dip is the best of veggie dips and it takes so little prep time, you'll have it ready by the pre-game show. Serve with crispy chips, bread or carrot sticks for practically a complete meal.

Get the recipe at Gimme Some Oven. This chicken recipe is a little sweet and a little tangy, and takes only minutes of prep. And while this slow cooker meal is perfect for game day, if you add some mashed potatoes and crusty bread, it works for a weeknight meal, too!

Get the recipe at Kitchen Divas.

This article was originally published on January 29, 2019.

READ MORE: 10 Best Slow Cookers With Fun Designs Because It Should Sit Pretty