If you're like us, you love hunting season. Other than all of the nuances of the hunt, there's that whole eating wild game part of the deal that happens to go along with a successful day of prowling. From jerky to steaks, there are many ways to enjoy venison, a meat that's often used as the jumping point for describing the game-like qualities of other meats. In other words, when someone says something is gamey, they're probably just saying it tastes like venison, and we're very down with that. And when it comes to deer, one of the best ways to eat venison meat is in burger form.

There is nothing quite like burger patties of freshly ground venison specked with Worcestershire sauce, garlic powder, ground black pepper, and salt. From the standard to the downright diabolical (a German recipe for pulled venison burgers with red apples, cayenne, and maple syrup... enough said), we know you'll fall in love with at least one of the following recipes. Trade your bow in for a spatula for a while and get grilling with these 10 delicious venison burgers. What better way to top a bold patty than with blue cheese and some fried onions? Just the idea of this one has us hankering for some venison right now, so please excuse us while we go pull some from the freezer.

To make it even richer, brush the hamburger buns with butter and lay them inside down on the grill on indirect heat for nice grill marks while the patties cook over direct heat. Get the recipe here.

2. The Best Venison Burger Around 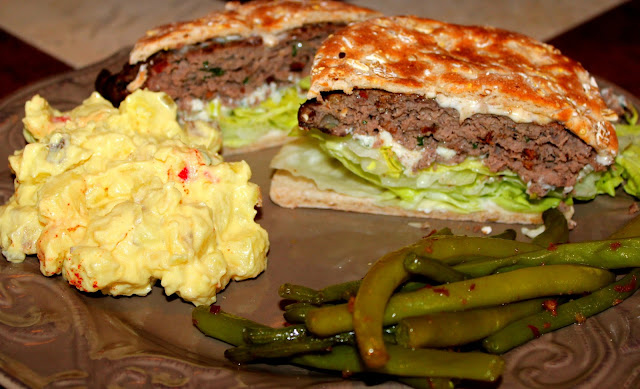 By this point in culinary history, bacon is almost played out. That doesn't mean we're going to stop eating it, though. This recipe benefits from bacon, parsley, garlic, and shallots for a juicy bite.

These are some of the best burgers for tailgating. Simply form and shape the patties the night before, storing in an airtight container in the refrigerator. Pack in the cooler and when you're ready, pop 'em on the grill. Get the recipe here.

Emmentaler, a type of Swiss cheese, and pancetta, an Italian bacon made from pork belly and pork fat, make this one of the most globally inspired burgers on the menu. With a little arugula and some dill pickle slices to boot, this burger means business. If you're going to photograph food, you should probably make it look good. Holly A. Heyser, photographer of the above Venison Burger with Tomato and Bibb Lettuce shot, we salute you. If you're an avid hunter, this is exactly how you want to showcase your meat.

Smoked salt and lard will make this picturesque burger taste just as good as the picture looks. Get the great venison burger recipe here. 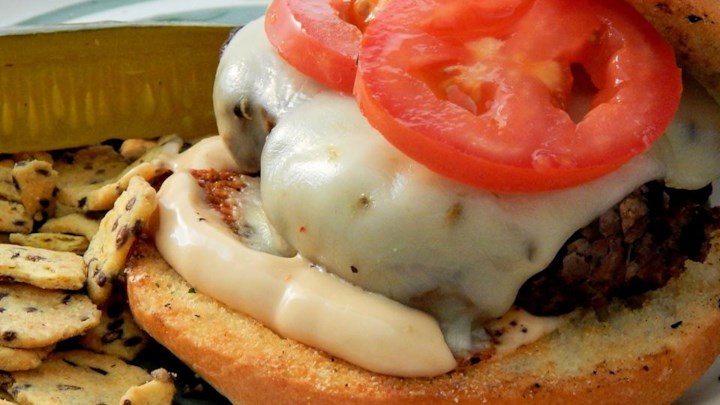 However many times things like "heart attack on a bun" have appeared on menus across the continental United States in the past doesn't matter. What matters is that this fat-packed venison burger, justly served on a bun, is worth any negative health consequences that may come along with it.

Fatty pork butt, butter, Jack cheese, and mayonnaise, as well as Greek yogurt, lime juice, and steak sauce all go into these bad boys. It all sort of makes "heart attack on a bun" seem like a playful challenge, doesn't it? Get the recipe here. Ordering food blackened is usually a direct path to saying, "Damn, that's good." The Grilled Roquefort Stuffed Venison Burger is made with a Cajun blackening season, and it also lives up to its name.

It's stuffed with Roquefort cheese in addition to being served with charred onions, heirloom tomatoes, and Portobello mushrooms. Damn, that's good. Get the recipe here. 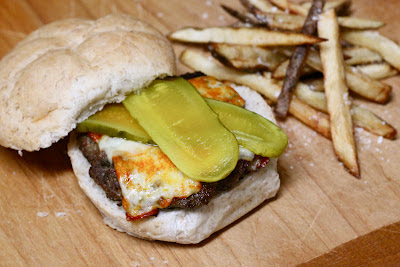 Rarebit, or rabbit, is often prepared in Ireland with a uniquely heavy type of sauce-like cheese concoction. For those who haven't sampled it, this is a great way to do so.

If you're not persuaded to try it after you get to item number five on that list, we're not sure what to say. It really makes the whole venture seem a lot more worthwhile to us, though. Sláinte! Get the recipe here.

Unless you speak fluent German (or at least know a decent amount of food items and spices in it), you'll want to let Google Chrome translate this one for you. The spices for the pulled deer include smoked paprika, cayenne pepper, and, interestingly enough, ginger bread spice.

The ingredients also include sultanas and crème fraîche. Ja, we're intrigued. Get the recipe here. Tyrannosaurus rex, an apex predator of the prehistoric world, has rex in its name. For those who didn't know, though, rex is the Latin word for king. That being said, this burger may be the true king of the land of venison burgers.

With its heirloom tomatoes and Colby-cheddar cheese, it will certainly rule your dinner plate if nothing else. Get the recipe here. Blue cheese and jalapeño separate this burger from the rest of the pack. It's made with milk, too, which is pretty ironic when you consider how many people chug milk after eating hot peppers.

Regardless, this one tastes great and will cure any spicy tooth you may have. Get the recipe here.