Whether you're a hunter or just a venison enthusiast, there's one thing you can't deny - version is good for you. It's high in protein, low in fat, and filled with lots of iron and other beneficial vitamins. Yes, venison might be better for you than beef but it's also harder to cook, too. It's so lean it tends to dry out very quickly and easily. That's why I love venison slow cooker recipes!'

How To Use Your Slow Cooker

While you can 'technically' make these recipes on the stove top under a watchful eye, we highly recommend adding a slow cooker into your kitchen arsenal. Not only are they great for slow cooking meat and protein, they are also a game-changer when it comes to potlucks and parties, espically if you are in charge of bringing the dip. These slow cooker recipes make it super convenient to cook up a delicious venison roast or venison stew in your Crock-Pot. So get to pair your favorite slow cooker venison recipes with red wine and enjoy!

Ground venison is perfect for making an amazingly flavorful venison chili. It's so lean, which means you don't have to worry about draining off the fat after cooking it. And that wild game flavor really pairs well with fire-roasted diced tomatoes and kidney beans. If you're into making a bowl of Texas chili, feel free to omit the beans and double up on more meat. This chili will be ready to eat in four hours of cooking time on high or eight hours on low.

This recipe can also be made in the Instant Pot as well! The cook time is less than if you prepare on the stove and the prep time isn't so bad either!

Get the recipe here from Culinary Hill . 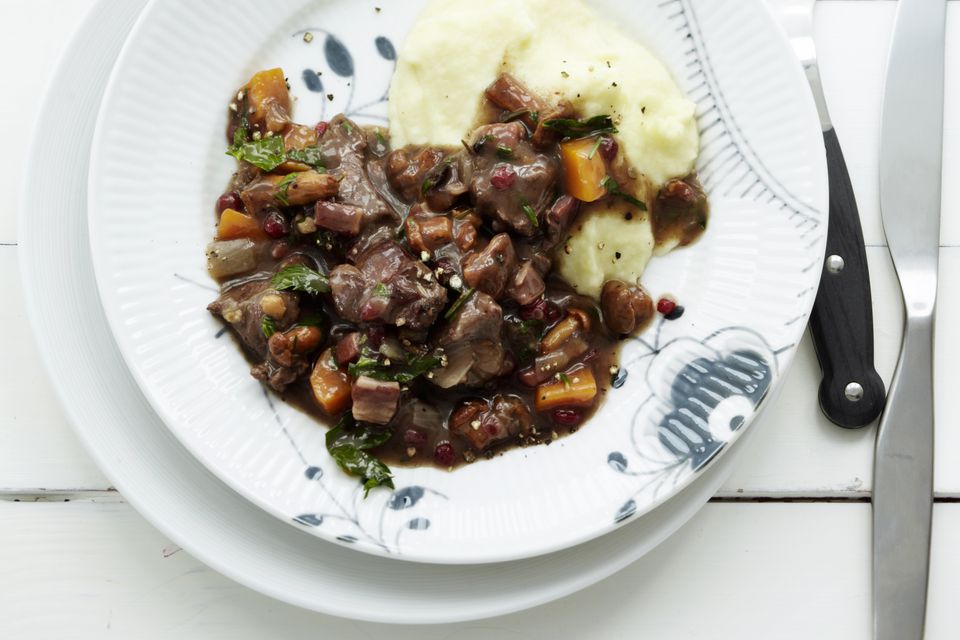 This is a great way to cook down a savory venison roast so it becomes melt-in-your-mouth tender. All you need is a can of mushroom soup and a few spices and seasonings. Or, if you're feeling ambitious, you can make your own one-pot cream of mushroom soup before you whip up this venison stew. Either way, you can choose whether you want to cook this stew on low for nine to 11 hours or speed it up on high heat for four to five hours.

Get the recipe for slow cooker venison stew here from The Spruce . One look at this delicious pulled venison sandwich and I may give up pulled pork for life! You can use any cut of venison you like for this recipe, so long as it's not ground venison. So pull out a few venison steaks or a venison roast and toss them into the slow cooker. They will be shreddable and tender in the total time of 10 hours on the low setting. Then pull out your favorite soft buns, barbecue sauce, and maybe some pickles and jalapenos. Talk about comfort food!

Get the recipe here from Food.com. 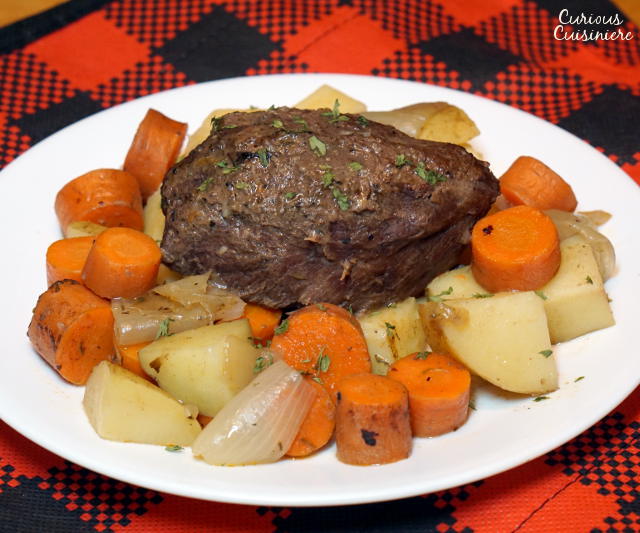 I like chopping my venison roasts and steaks up into bite-sized pieces, but I also appreciate the presence of a bit old hunk of meat on the table. This beer braised Crock-Pot venison roast does just that. The beer helps tenderize the meat while accentuating that perfectly gamey flavor with malty backbones. You can choose to use a boneless venison roast for ease, or toss in a bone-in steak. Cook this roast on low for six hours and it'll be perfect for slicing and topping with fresh thyme.

Get the recipe for this slow cooker venison pot roast here from Curious Cuisiniere. Are you ready for this amazing pasta recipe? It seriously couldn't be easier than some cubed venison steak in the slow cooker with a package of dry onion soup mix. Add in some cream of mushroom soup and finish it off with sour cream and you'll swear this recipe could be served in a restaurant. Cook up your pasta noodles and get ready to plate it up. This slow cooker favorite is ready on low in only six to eight hours.

Get the recipe here from Legendary Whitetails. 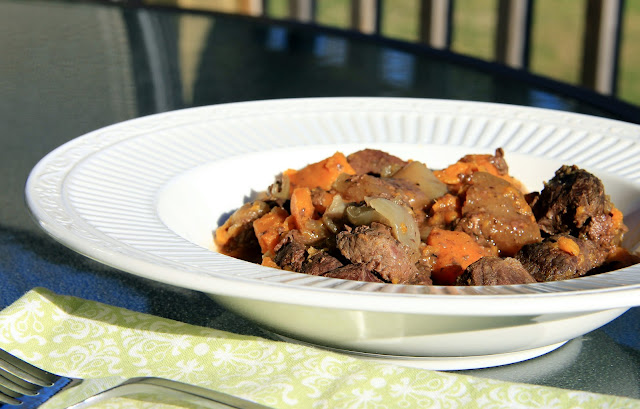 If you closed your eyes and took a bite of this sweet-and-savory venison slow cooker recipe, you might think this was made with a beef roast. That makes this the perfect recipe to serve to those who think they don't like game meat. The apples give everything a perfect level of sweetness and the sweet potatoes really soak up all the flavors from the beef broth. Four hours later on low and you'll have a perfectly tender roast. Sounds pretty nice to me!

Get the recipe here from Scratch Made Wife.

If you're wondering what to do with that venison loin or tenderloin, you should definitely make this Crock-Pot venison recipe. Dredging it in flour before cooking it on high for six hours will make a super thick sauce, which makes the perfect gravy for a side of mashed potatoes. And who doesn't love a slice of roast drowning in gravy?

Get this venison roast recipe here from Genius Kitchen. 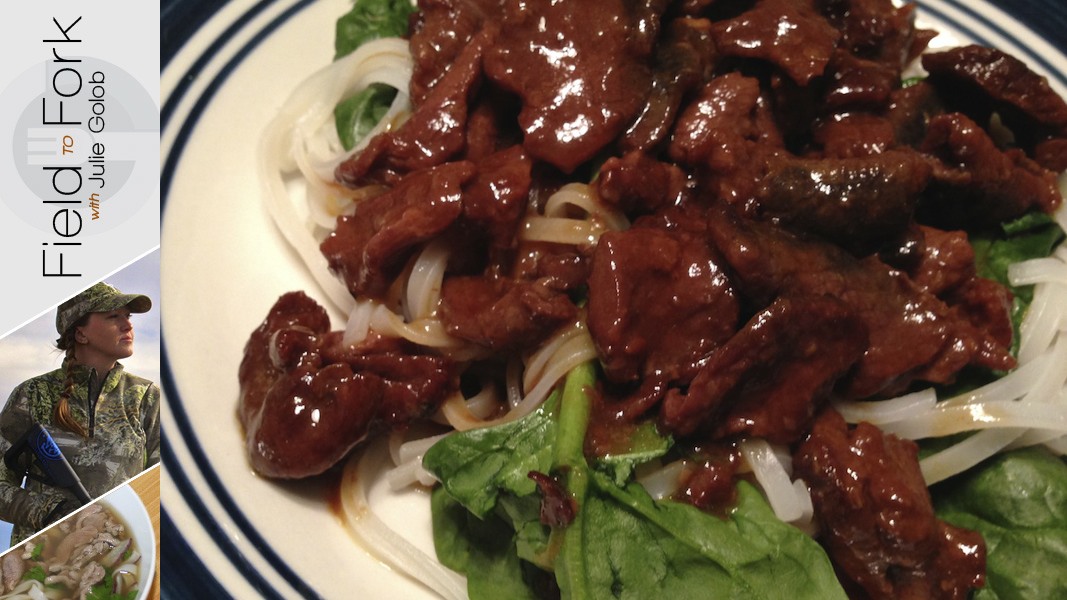 I don't know about you, but I love Korean barbecue. It has such sweet and salty flavors, with just a touch of spice. You don't even to make anything that fancy using this recipe - just a package of Campbell's Korean BBQ Slow Cooker Sauce and five to seven hours on low. Including the spinach and rice noodles for serving, this recipe only uses five pantry-staple ingredients.

Get the recipe here from Julie Golob. If you're not into Korean flavors but you like Asian-style venison, our very own slow cooker teriyaki venison recipe is for you. By combining soy sauce with brown sugar, ginger, and apple cider vinegar, the sauce gets the perfect sweet-and-spicy flavors. Serve this up with some of your favorite stir-fried veggies and some rice for a quick and easy weeknight meal. It only takes an hour on high followed by three hours on low for this dish to come together. 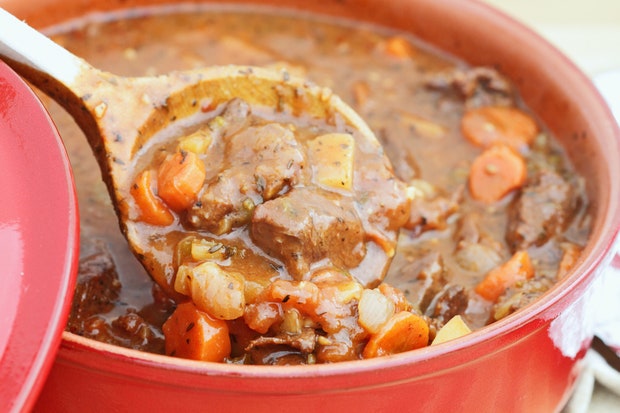 This recipe is perfect for venison shanks or venison shoulder. Both of these cuts are notorious for being super tough, but slow cooking them allows them to braise up low-and-slow. They should take about eight to 10 hours on the low setting, so this recipe is a great one to set up before you go to work. Cook up some savory red potatoes to serve alongside this fork-tender deer meat dish.

Get the recipe here from Epicurious.